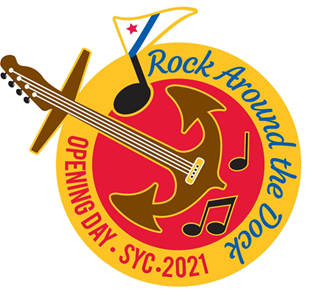 Hundreds of boaters (American & Canadian), dozens of yacht clubs, and thousands of spectators celebrate Opening Day, the symbolic beginning of boating season each spring. Among the many Opening Day events and activities, the highlights for many participants are the yacht parade and crew races. The Seattle Yacht Club launched this annual Opening Day tradition over a century ago, on May 1, 1920.

Large gatherings were prohibited this year, so the 2021 Opening Day Parade was virtual – with yacht clubs submitting video entries for the judges. We Nordic Tug fans have a lot to cheer about! When the winners were announced a few days ago, first place in the premier class (for Dressed Power & Sailboats) went to Nordic Mist, owned by Panntoa members Roger & Shirley Hind. Roger, Shirley, daughter Liz, and Nordic Mist were representing Royal Victoria Yacht Club. (Roger is Past Commodore.)

Many of us recall the extensive local knowledge Roger shared when he led our Panntoa Zoom tour in March – highlighting the Gulf Islands and selected ports on southern Vancouver Island.

To see the video of the Opening Day Parade, just click this link: https://www.youtube.com/watch?v=1uQ8vnBOVX0

Nordic Mist appears at about 16:40 of the video, with its selection announced at about 25:40. (Fair disclosure: Nordic Mist and SYC’s reigning Wilson Seamanship Champions shared a virtual tie for virtual top honors in the virtual parade. Apologies for “Nortic Tug”: Many SYC members are skillful mariners, but some need to practice spelling along with their crew overboard drills! And this is the karmic point when some eagle-eyed proofreader will probably spot a misspelling in this post.)

The 2021 Windemere Cup crew races featured live rowers on May 1, but a (mostly) virtual audience – without the usual boats lining the racecourse and packed crowds cheering along the shoreline. This year’s races featured the University of Washington and the University of California (Berkeley). The UW Husky crews (both women and men) are ranked #1 in the US; the Cal Bears (men) are ranked #2 in the nation, with the Cal women ranked #7. The Dawgs swept this year’s top races.  https://www.seattletimes.com/sphorts/uw-huskies/washington-sweeps-the-top-races-at-windermere-cup-with-rowers-grateful-to-compete/