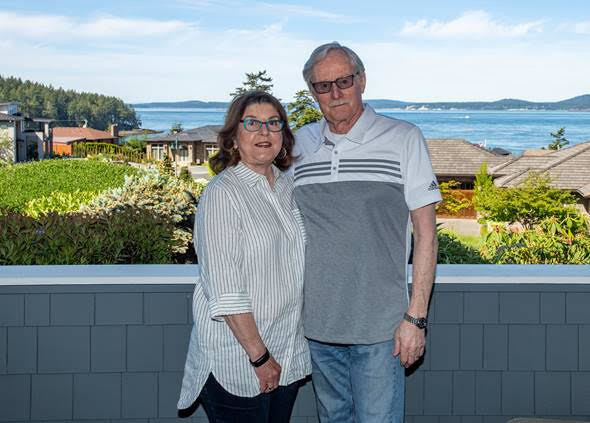 Mike was a news photographer for 40 years before he retired and he and his wife, Connie, moved to Anacortes. The Russell’s first began boating after Mike graduated from San Jose State University with a degree in journalism. He got a job in Pittsburg which sits on the Delta in central California. They decided that a boat was necessary so a used 16-foot Glastron bow rider soon made its way into their lives. The Glastron became the gateway to many adventures and of course more and larger boats. The little runabout soon gave way to a series of sailboats that they raced on San Francisco Bay the last being a Sabre 386. Once they had settled in Anacortes it was decided that a trawler would probably be the best way to go so a Nordic Tug 39, M.T. Pockets became their boat of choice.

Mike and Connie have been married for 54 years, Mike is a Vietnam vet and now does landscape photography, golf, and boating as hobbies. Connie has an MBA from Saint Mary’s and has worked in hi-tech and the airline industry before retiring. She now has started a new career in real estate with RE/MAX Gateway here in Anacortes.

You can reach him at:  Treasurer@PaNNTOA.com