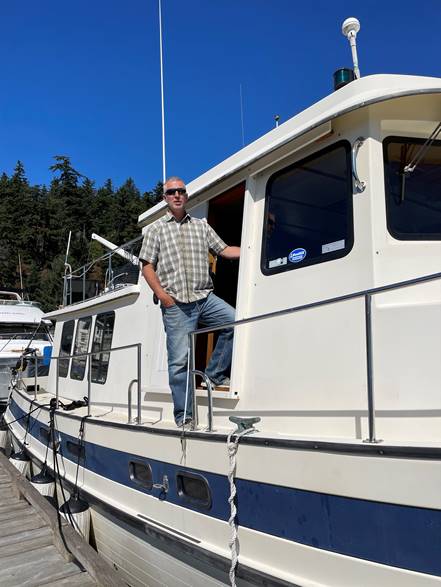 Jeff Redmond is a retired Police Officer from Nevada with over 20 years of service. In the summers, Jeff spent time fishing and sight-seeing in Alaska aboard a friend’s Nordic Tug 26. After spending years in the Alaskan waters on the Nordic 26 he knew that he wanted a Nordic Tug of his own.

Jeff retired in 2019 and his dreams brought him to the San Juan Islands where he found God’s Grace, a 1997 42 Nordic Tug. He spends his summers in the San Juan’s and winters in Nevada. He looks forward to meeting more Nordic owners and hopes to cruise to Alaska in the near future.